Housing and the Senate Tax Plan: What Now? 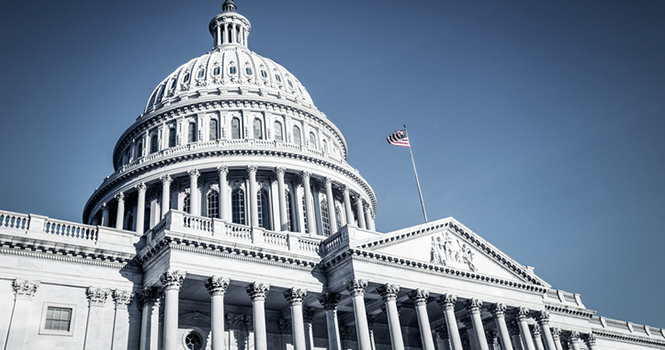 Members of the real estate industry are responding to the passage of the Senate tax plan, which chiefly includes a 20 percent corporate tax rate—down from 35 percent—and reduced rates for families and individuals over the next seven years. The development follows the House passage of its own plan in November.

Both bills challenge homeownership, industry members say. The bills extend the capital gains exclusion eligibility requirement that home sellers reside in the home from two of the last five years to five of the last eight. (The House plan, however, includes an income phaseout provision.) Both also raise the standard deduction, which has the potential to render the mortgage interest deduction (MID) useless.
“If eligibility rules for excluding the sale of a home from capital gains taxes are changed from requiring living in your home for two of the past five years to five of the past eight, selling the median U.S. home after four years of ownership would mean $2,363 in taxes, from $0 currently,” according to Skylar Olsen, senior economist at Zillow. An analysis recently released by Zillow reveals homeowners in high-priced markets would bear the brunt of costs from the lengthened tenure.

The MID itself is addressed in both plans, as well. The House plan caps the MID for new loans at $500,000 (and only for primary residences), whereas the Senate plan retains the current cap of $1 million.
Additionally, both bills cap local and state property tax deductions at $10,000.
According to the National Association of REALTORS® (NAR), the industry’s largest organization, homeownership incentives are jeopardized in the Senate plan.

“The tax incentives to own a home are baked into the overall value of homes in every state and territory across the country,” said NAR President Elizabeth Mendenhall in a statement. “When those incentives are nullified in the way this bill provides, our estimates show that home values stand to fall by an average of more than 10 percent, and even greater in high-cost areas. REALTORS® support tax cuts when done in a fiscally responsible way; while there are some winners in this legislation, millions of middle-class homeowners would see very limited benefits, and many will even see a tax increase. In exchange for that, they’ll also see much or all of their home equity evaporate as $1.5 trillion is added to the national debt and piled onto the backs of their children and grandchildren. That’s a poor foot to put forward, but this isn’t the end of the road. REALTORS® will continue to advocate for homeownership and hope members of the House and Senate will listen to the concerns of America’s 75 million homeowners as the tax reform discussion continues.”

“It’s time for homeowners to pay attention,” concurred Danielle Hale, chief economist of realtor.com®, in a statement. “While the House and Senate still need to agree to a single version of the tax plan, they are already aligned on provisions that take away homeownership incentives for the majority of owners, which we expect to reduce home sales and prices in markets across the country.”
Housing in general—but notably in several states—will suffer, Hale said.

“Homeowners in California, New York, New Jersey, and Maryland will be hit hard by the combination of changes in the proposal, which will lead to lower prices and sales in these housing markets,” said Hale. “High housing costs in California made it the state with the third-highest average mortgage interest deduction, behind Hawaii and the District of Columbia. Meanwhile, the elimination of the state income tax deduction for individuals will affect taxpayers in Maryland, the District of Columbia, Connecticut, New Jersey, Massachusetts, and Virginia, each of which saw 35 percent or more of tax payers take advantage of this provision. Lower-priced housing markets will also eventually be impacted, as these provisions are not indexed by inflation; thus, the few remaining tax benefits for homeownership will be eroded over time.”

The California Association of REALTORS® (C.A.R.) expressed its own concerns about the Senate plan in a statement.
“We are disappointed that the Senate voted to pass a tax hike bill on California homeowners,” said C.A.R. President Steve White. “If the goal of this bill is to help middle-class Americans keep more of their hard-earned money, this proposal fails miserably. We thank California Senators Dianne Feinstein [D-Calif.] and Kamala Harris [D-Calif.] for opposing this legislation that attacks homeownership by significantly reducing incentives for people to buy homes. California already has a severe housing affordability crisis, and this bill will make it that much harder for Californians looking to attain the American Dream.”

The National Association of Home Builders (NAHB) countered that the Senate plan “represents a step in the right direction” in an NAHB Now update. The NAHB opposes the House plan in part because it applies the MID only to primary residences, and imposes an income phaseout on the capital gains exclusion.

The Mortgage Bankers Association (MBA), meanwhile, applauded the Senate for considering mortgage servicing rights (MSRs) in its deliberations.
“I want to personally thank Majority Leader [Mitch] McConnell, [Senate Finance Committee] Chairman [Orrin] Hatch [R-Utah], Senator [Mike] Rounds [R-S.D.], [Senate Banking Committee] Chairman [Mike] Crapo [R-Idaho], and Senator [David] Perdue [R-Ga.] for working with us and commend them for their efforts on this important issue,” said MBA CEO and President David H. Stevens in a statement. “Because of the Rounds Amendment, this package will protect the ability of most Americans to obtain safe, decent shelter and affordable home mortgage credit without disruption. Had this language not been included, the change in tax accounting for MSRs would have had a devastating impact on the flow of capital that supports a robust and competitive real estate finance market, both single- and commercial/multifamily. We thank the Senate for its leadership on this issue.”

According to the National Low Income Housing Coalition (NLIHC), the affordability crisis will escalate under the Senate plan. Diane Yentel, CEO and president of the NLIHC, issued the following statement:

“The Senate tax plan not only fails to make any new investments to address the nation’s growing scarcity of affordable rental homes for America’s poorest families, but it would lead to deep funding cuts to existing affordable housing programs, threatening to worsen the severity of an affordable housing crisis that impacts every state and community.”

The differences between the House and Senate plans remain to be settled. Lawmakers are aiming to present a reconciled plan to President Trump by Christmas.