This year, the winter solstice will take place on Thursday, Dec. 21 for the Northern Hemisphere Time.

The winter solstice — also known as Yule, Midwinter, the Shortest Day of the Year and the Longest Night — occurs at 11:28 a.m. ET Thursday.

But this short, little day with the great many names also may be the worst day of the year, according to astrologers. The reason? Saturn.

Apparently, the sun will appear to pass in front of the constellation Capricorn hours after Saturn does likewise. This will cause both of these orbs to line up for the first time time since 1664, according to London astrologer Neil Spencer, who writes for The (London) Observer but first wrote about the alignment on his blog.

He insists that starting something new on this day is “ill advised” and will have long-term consequences. And anything you try to do Thursday will be more difficult than usual, take more time and be more frustrating.

Perhaps that’s why the president probably won’t sign the tax bill Thursday — that and Congress has its paperwork to process — even though Spencer said the establishment, patriarchy, big business and property will be front and center in the cosmos.

Toss in all that holiday traffic — it is a gridlock alert day just about everywhere, according to Inrix, a company that analyzes transportation data — and it may be a good idea just to stay home.

“Saturn in Capricorn is a very useful placement, denoting one tough individual, but on a macro level, it doesn’t promise much in the way of fruitful change.”

Neil Spencer, astrologer
“Patience will not be a priority, especially if we are told that we ‘have to’ (do something) by our superiors,” Lunar Living astrology website says. “We may be perceived as (in)subordinate. Be ready to deal with the repercussions of the rebellion.”

Yet you can take solace in the winter solstice celebration at Newgrange in County Meath, Ireland, which is being streamed live to the world from 3:30 to 4:15 a.m. ET Thursday.

The entrance to the monument, which has a retaining wall made of quartz cobblestones, is aligned with the rising sun on the winter solstice. As the sun comes up between 8:30 and 9:15 a.m. in Ireland, sunlight pours in through an opening in the roof (called a “roofbox”) and floods the chamber with light.

News shows likely will carry some of the footage. After you watch it, you might want to get back under the covers. 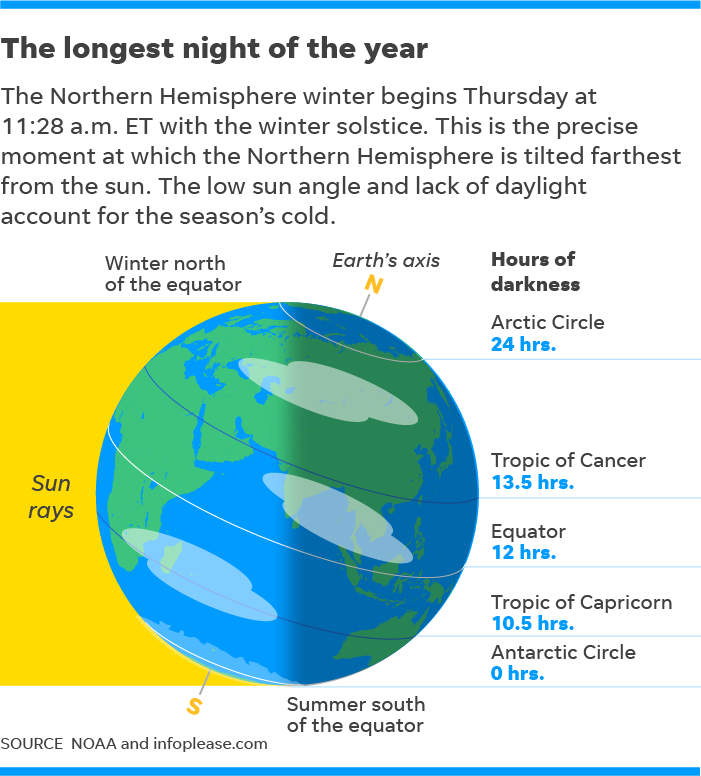